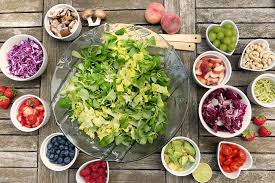 A type 2 diabetes diet is getting more and more important as the disease becomes increasingly common in Western society. A sound diabetes diet is needed because of increasingly bad culinary habits and lack of exercise in many people’s lives today. By eating wisely and exercising regularly, type 2 diabetes is a disease that is preventable, even though it can be very serious, but ultimately, prevention is far easier than a cure.

Type 2 diabetes can be described as the body’s incapability of managing and regulating blood glucose levels. Even though the body produces good and efficient insulin, the means whereby glucose is absorbed into the cells for metabolism breaks down and fails.

As far as diabetes goes, type 2 is the most common type of diabetes prevalent in the United States today, accounting for 90 to 95 percent of all diabetes incidences. It affects nearly 21 million people in the United States alone and the frequency of the disease has soared in the last thirty years. It is normally linked to obesity, prior history of gestational diabetes, prior history of gestational diabetes, a family history of diabetes, impaired glucose tolerance, older age, physical inactivity and ethnicity. Compared with 6% prevalence in Caucasians, the incidence in African Americans and Asian Americans is estimated at approximately 10%, in Hispanics 15%, and in certain Native American communities, 20% to 50%.

If you are a person who is at risk of, or have previously been diagnosed with type 2 diabetes, weight control should be of paramount importance. A diabetes diet is easy to implement and you can simply start by replacing simple carbs such as pasta and white bread with ones that take a bit longer to digest like whole grains, whole grain bread and legumes. It’s important to try and remove, if at all possible, candy and sugary sodas, as well as all kinds of processed foods but even more importantly, cut right back on your fast food intake. A diabetes diet should involve eating plenty of leafy greens, fresh fruit, and the colored variety of vegetables. Try and limit red meat intake and stick to lean cuts.

Above all, don’t give up on improving your diet. Seek professional guidance from diet planners and nutritionists if it all seems like an uphill struggle – both your health and your quality of life will thank you for it!

Get this free ebook about “15 Superfoods For diabetics!” Download it here for free>>>https://goo.gl/5XDWWb